Solar energy is radiant light and heat from the Sun that is harnessed using a range of ever-evolving technologies such as solar heating, photovoltaics, solar thermal energy, solar architecture, molten salt power plants and artificial photosynthesis.
It is an important source of renewable energy and its technologies are broadly characterized as either passive solar or active solar depending on how they capture and distribute solar energy or convert it into solar power. Active solar techniques include the use of photovoltaic systems, concentrated solar power and solar water heating to harness the energy. Passive solar techniques include orienting a building to the Sun, selecting materials with favorable thermal mass or light-dispersing properties, and designing spaces that naturally circulate air.
The large magnitude of solar energy available makes it a highly appealing source of electricity. The United Nations Development Programme in its 2000 World Energy Assessment found that the annual potential of solar energy was 1,575–49,837 exajoules (EJ). This is several times larger than the total world energy consumption, which was 559.8 EJ in 2012.
In 2011, the International Energy Agency said that "the development of affordable, inexhaustible and clean solar energy technologies will have huge longer-term benefits. It will increase countries’ energy security through reliance on an indigenous, inexhaustible and mostly import-independent resource, enhance sustainability, reduce pollution, lower the costs of mitigating global warming, and keep fossil fuel prices lower than otherwise. These advantages are global. Hence the additional costs of the incentives for early deployment should be considered learning investments; they must be wisely spent and need to be widely shared". 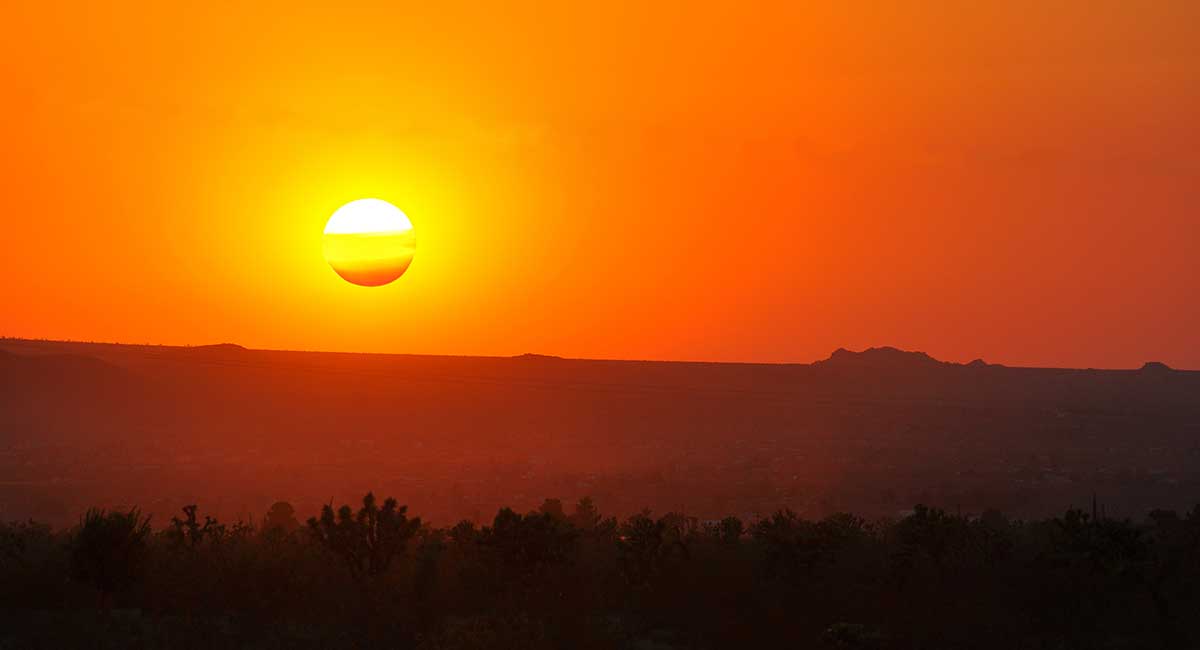 Contents
1. Potential
2. Thermal energy
2.1 Early commercial adaptation
2.2 Water heating
2.3 Heating, cooling and ventilation
2.4 Cooking
2.5 Process heat
2.6 Water treatment
2.7 Molten salt technology
3. Electricity production
3.1 Photovoltaics
3.2 Concentrated solar power
4. Architecture and urban planning
5. Agriculture and horticulture
6. Transport
7. Fuel production
8. Energy storage methods
9. Development, deployment and economics
1. Potential
The Earth receives 174 petawatts (PW) of incoming solar radiation (insolation) at the upper atmosphere. Approximately 30% is reflected back to space while the rest is absorbed by clouds, oceans and land masses. The spectrum of solar light at the Earth's surface is mostly spread across the visible and near-infrared ranges with a small part in the near-ultraviolet. Most of the world's population live in areas with insolation levels of 150–300 watts/m², or 3.5–7.0 kWh/m² per day.
Solar radiation is absorbed by the Earth's land surface, oceans – which cover about 71% of the globe – and atmosphere. Warm air containing evaporated water from the oceans rises, causing atmospheric circulation or convection. When the air reaches a high altitude, where the temperature is low, water vapor condenses into clouds, which rain onto the Earth's surface, completing the water cycle. The latent heat of water condensation amplifies convection, producing atmospheric phenomena such as wind, cyclones and anti-cyclones. Sunlight absorbed by the oceans and land masses keeps the surface at an average temperature of 14 °C. By photosynthesis, green plants convert solar energy into chemically stored energy, which produces food, wood and the biomass from which fossil fuels are derived.
The total solar energy absorbed by Earth's atmosphere, oceans and land masses is approximately 3,850,000 exajoules (EJ) per year. In 2002, this was more energy in one hour than the world used in one year. Photosynthesis captures approximately 3,000 EJ per year in biomass. The amount of solar energy reaching the surface of the planet is so vast that in one year it is about twice as much as will ever be obtained from all of the Earth's non-renewable resources of coal, oil, natural gas, and mined uranium combined,